Has ISS done at all anything wrong?

Written by: Iranian Aid to Rescue the West (IARW).
November 14, 2017. All rights reserved. 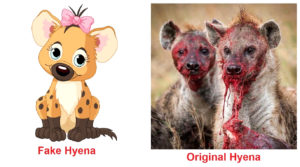 According to the first party, due to the fact that ISS killed and harmed innocent people, took women and girls into sex slavery, and brutally distributed sorrows among human beings; hence obviously ISS has done many things wrong! But, this claim must mean nothing from the Allah’s point of view; as he clearly says in the Quran: “Fighting is made mandatory for you, even though you dislike it. You may not like a thing which is in fact good for you, and something that you love, may in fact be evil. God knows, but you do not know.” (Quran, Sura 2: AL-BAQARA (THE COW), Verse 216. Translation of Sarwar)

Therefore, in this article we are going to discover, what really is Allah’s view about ISS’s operations?

To find out, whether ISS and other similar terrorist groups such as Al-Qaeda, Boko Haram and Al-Shabaab; are right or wrong according to the Allah, in here we will review some relevant words of the Allah himself. At the end, it is up to the readers to judge for themselves.

“The believers say, “Why is a chapter about jihad – fighting for the cause of God – not revealed?” But when such a chapter, with clear commands and a mention of jihad is revealed, you will see those whose hearts are sick look at you as if suffering the agony of death. One can expect nothing better from them! Since they have (pledged) Us obedience and to speak reasonably, it would be more proper for them, when it is decided (that everyone must take part in the battle), to remain true (in their pledge to God). If you ignore the commands of God would you then also spread evil in the land and sever the ties of kinship?” (Quran, Sura 47: MUHAMMAD (MUHAMMAD), Verses 20 – 22. Translation of Sarwar)

“Prophet, fight the unbelievers and hypocrites vehemently for the cause of God. Their dwelling is hell, a terrible destination! They (the hypocrites) swear by the Name of God (to make others believe in what they are saying). They have spoken the testimony of disbelief and have then turned back to disbelief. They have made unsuccessful attempts to cause trouble. There is no other reason for their ungratefulness except that God and His Messenger enriched them through their favors. If they repent, it will be better for them, but if they turn away (from the faith), God will make them suffer a painful punishment both in this life and in the life hereafter. They will find no guardian nor any helper in the land.” (Quran, Sura 9: AL-TAWBA, BARA’AH (REPENTANCE). Verses 73 , 74. Translation of Sarwar)

“Fight in the way of Allah those who fight against you, but do not aggress. Allah does not love the aggressors. Kill them wherever you find them. Drive them out of the places from which they drove you. Dissension is greater than killing. But do not fight them by the Holy Mosque unless they attack you there; if they fight you, kill them. Like this is the recompense of the unbelievers, but if they desist, know that Allah is the Forgiver and the Most Merciful. Fight against them until there is no dissension, and the religion is for Allah. But if they desist, there shall be no aggression except against the harmdoers. The sacred month for the sacred month, prohibitions are (subject to) retaliation. If any one aggresses against you, so aggress against him with the likeness of that which he has aggressed against you. Fear Allah, and know that Allah is with the cautious.” (Quran, Sura 2: AL-BAQARA (THE COW). Verses 90 – 94. Translation of Qarib)

“And when Allah revealed to the angels, saying: ‘I shall be with you. Give courage to the believers. I shall cast terror into the hearts of the unbelievers. Strike them above the necks, smite their finger tips. ‘ This is because they had made a breach with Allah and His Messenger. He who makes a breach with Allah and His Messenger indeed, Allah is stern in retribution. ‘That for you, so taste it, the punishment of the Fire is for the unbelievers. ‘ Believers, when you encounter unbelievers on the march do not turn your backs to them in flight.  If anyone on that day turns his back to them in flight, except when maneuvering to fight, or to join another party, he shall be laden with the Anger of Allah and Gehenna shall be his refuge an evil arrival. It was not you who killed them, but Allah slew them, neither was it you who threw at them. Allah threw at them in order that He confers on the believers a fair benefit. Indeed, Allah is Hearing, Knowing.” (Quran, Sura 8: AL-ANFAL (SPOILS OF WAR). Verses 12-17. Tranlation of Qarib)

“those with whom you have made a treaty, then break their treaty with you every time; having no fear (of Allah), if you meet them in battle, cause their example to scatter those behind them so that they remember.” (Quran, Sura 8: AL-ANFAL (SPOILS OF WAR). Verses 56, 57. Translation of Qarib)

“O Prophet, struggle with the unbelievers and the hypocrites and deal harshly with them. Gehenna (Hell) shall be their refuge, an evil arrival!“ (Quran, Sura 66: AT-TAHRIM (BANNING) . Verse 9. Translation of Qarib)

“Muhammad, tell the unbelievers, if you give up your evil behavior, God will forgive whatever you have done in the past. But if you transgras again, your fate will be the same as that of those (unbelievers) who lived before you.  Fight them so that idolatry will not exist any more and God’s religion will stand supreme. If theygive up the idols), God will be Well Aware of what they do.” (Quran, Sura 8: AL-ANFAL (SPOILS OF WAR). Verses 38, 39. Translation of Sarwar)

Fight them, Allah will punish them with your hands and degrade them. He will grant you victory over them and heal the chests of a believing nation. (Quran, Sura 9: AL-TAWBA, BARA’AH (REPENTANCE). Verse 14. Translation of Qarib)

”Thus, (Muhammad), fight for the cause of God. You are only responsible for yourself. Rouse the believers and perhaps God will stop the evil designs of the unbelievers. God’s punishment and retribution is the most severe.” (Quran, Sura 4: AN-NISA (WOMEN), Verse 84. Translation of Sarwar)

“You are forbidden to marry married women except your slave-girls. This is the decree of God. Besides these, it is lawful for you to marry other women if you pay their dower, maintain chastity and do not commit indecency. If you marry them for the appointed time you must pay their dowries. There is no harm if you reach an understanding among yourselves about the dowry, God is All-knowing and All-wise.” (Quran, Sura 4: AN-NISA (WOMEN), verse 24. Translation of Sarwar)

”Fight those who neither believe in Allah nor the Last Day, who do not forbid what Allah and His Messenger have forbidden, and do not embrace the religion of the truth, being among those who have been given the Book (Bible and the Torah), until they pay tribute out of hand and have been humiliated.” (Quran, Sura 9: AL-TAWBA (REPENTANCE), Verses 29. Translation of Qarib)

“Believers, fight the unbelievers who are near you. Let them find firmness in you. Know that Allah is with those who are vigilant.” (Quran, Sura 9: AL-TAWBA (REPENTANCE), Verse 123. Translation of Qarib)

“The recompense of those who make war against Allah and His Messenger and spread corruption in the land is that they are to be killed or crucified, or have their hand and a foot cut off on opposite sides, or be expelled from the land. For them is shame in this world and a great punishment in the Everlasting Life; except those who repent before you have power over them. For you must know that Allah is Forgiving, the Most Merciful.” (Quran, Sura 5: AL-MAEDA (THE TABLE), Verses 33 – 34. Translation of Qarib)

As one may see, Allah’s response about the ISS’s actions is crystal clear! What the several reviewed Quranic verses prove is: ISS meets the desires of Allah. On the other hand, as Quran is the main source for the Islamic doctrine, the conclusion of this article is: ISS is a true version of Islam and in the eyes of Allah, ISS did nothing wrong.

When the book itself support brutality, Jihad, and harshness against non-believers; the true version of Islam must shows the same actions in the human society. As an Iranian proverb says: What comes out of a jar, is from the one inside! /From a jar, the same liquid comes out that is inside it! (Az Kuzeh Haman Taravad ke Dar Ust).

It is still worthy to emphasize that, it is also possible to spend time, energy, money and efforts to vindicate the words of Allah, in order to show a beautiful face for Islam. But, by ignoring the fact, we can not change the fact.

Reference for the Quranic Verses that have been used in this article: